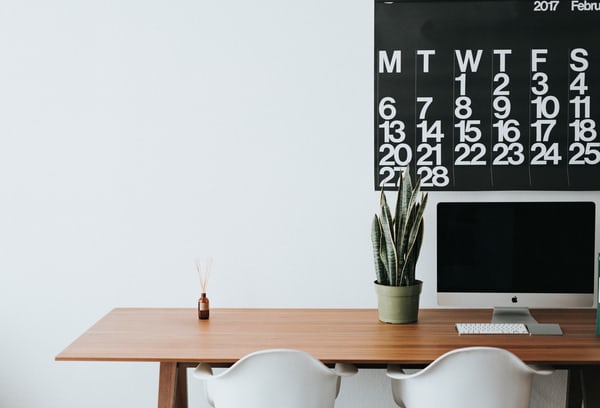 This time last year I was carefully co-ordinating my diary for book signings and reader events to celebrate the paperback publication of Her Husband’s Mistake. This year I’m aching to put anything at all in the diary to mark the paperback publication of The Women Who Ran Away. After nearly a year of lockdown, I desperately want to run away myself. But instead I’ve been flicking back through old calendars and diaries to see what I was doing when different books were released. It’s been an interesting virtual journey, and it’s made me realise just how long it’s been since my very first event for my very first book.

Actually, it wasn’t an event. it was an interview. Just before Dreaming of A Stranger came out in 1997 my then publisher phoned me at the office to ask if I’d do a radio interview with RTE, our national broadcaster, the following day. I nearly fell off my chair with excitement. This was it, my big break as a writer.

I couldn’t take the day off work as I had a client presentation that morning, but at 12.30 I was standing outside the office, in my high heels and business suit, waiting for Margaret Daly, a PR agent, to pick me up. I hadn’t actually met Margaret before but she was a legend in Irish publishing and I was honoured that she was looking after me. As I stood on the pavement, I heard the roar of a car engine, almost immediately followed by the squeal of brakes; then a red Mini pulled up beside me. The window was rolled down and a woman in brightly coloured clothes, cigarette hanging out of her mouth, asked if I was her author. I nodded and got into the passenger seat, moving a dozen books, a bag of shopping, a bottle of water and a couple of scarves out of the way first. I’d barely fastened my seat belt when we set off with more tyre squealing and engine roaring, straight through the amber traffic lights and towards the radio studio.

Margaret smoked as she drove and lectured me on how to do the interview, turning to give me a gimlet stare as she reminded me over and over again to mention the name of the book. My nerves at being on the radio had been replaced by a fear that we wouldn’t make it there alive. Her nonchalance about looking at the road ahead was only matched by her determination that Dreaming of A Stranger would be a bestseller.

The only thing I remember about the interview is saying the name of the book. Afterwards, I got back into the car for the equally manic drive back to the office. Margaret took a few deep puffs of her cigarette, lit another as she overtook a slow-moving Fiat, then told me I’d done OK and that the book was  definitely going to be a bestseller. She then decanted me from the car outside the office and screeched away again. I thanked God that I’d survived both the interview and the drive, then went to meet another client to talk about a looming credit crisis in Russia.

Margaret was right. Dreaming of a Stranger was a bestseller. And a couple of years later I left financial markets behind forever.

None of my interviews since, or indeed any my visits to bookshops or libraries for signings or reader events, has had quite the impression on me as that first one. I was never entirely sure whether Margaret’s insane driving was to distract me from my fear of the interview, or whether that was her normal way of getting around. I was never driven by her again, although we did spend many happy hours at various events together, chatting about books and publishing. When she passed away, I was, like so many Irish writers for whom she was a champion, distraught.

That first interview, with Margaret driving me, was an exception. Mostly I drive myself. Though sometimes that’s not always a good idea. The last significant event I went to took place in a remote castle close to the border with Northern Ireland. I put the address in my SatNav and headed off, happy that most of the journey was by motorway. I was surprised when Steffie (I always give my SatNav a name) told me to exit the motorway sooner than I’d expected, although the secondary road took a picturesque route through the countryside. As the road narrowed, I also realised it was meandering back and forward across the the border. When the signposts gave directions in miles I knew I was in the North. When they changed to kilometres, I was back in the South. In neither case, though, was I anywhere near a castle.

The clouds descended from the previously blue sky and it started to rain heavily. My estimated time of arrival came and went as I turned up the speed on the windscreen wipers. I continued driving, flipping between miles and kilometres, between north and south. I was now very late. And I had no idea where I was. When Steffie directed me to a narrow track, I thought that perhaps I was going to end up in my very own novel. A horror story. One in which the emaciated body of an author is found locked in a car in a muddy laneway. So it was a relief when, about three miles (or five kilometres, I wasn’t sure which part of Ireland I was in at that point) the track widened out and I saw a castle at the end of it. Fortunately there were no ghouls or murderers inside, just a bunch of readers and writers who were chatting books and plots while patiently waiting for me to show up. Readers are fantastic. They all gave me tips on how to get to the motorway from the castle. It was about fifteen minutes away. I didn’t use the SatNav for the return trip, but I did use the castle as a location for one of the weddings in my next book, Three Weddings and a Proposal. Using poetic licence, I made it easier to get to!

One of the things I’ve always done when a book is published, is to call into as many bookshops as I can and sign their stock. I do this because I like to meet the booksellers who have been such a big part of my journey as a writer, and because it’s always a relief to see an actual book in a real shop. Sadly, this hasn’t been possible since March 2020. A couple of days after I signed copies of Her Husband’s Mistake, lockdown started and I haven’t been inside a bookshop since. I miss them so much. I miss the booksellers, the readers, and the excitement I still get when I see my book among those by authors I admire. I miss buying books in a bookshop (always an occupational hazard when I do signings) and I miss readers coming up to me and sharing their thoughts about my stories.

Of course I’ve done different things to connect with booksellers and readers over the last year and it’s been wonderful to chat with readers who don’t usually get to come to events in bookshops or libraries or even remote castles. But Zoom bookclubs have had their own traumas, like the WiFi going down ten minutes before the session is supposed to start, or me realising that I’ve forgotten to plug in the laptop, or the delivery guy ringing the bell with my latest online purchase while I’m in the middle of answering a question (snazzy soap, if you want to know – I’m trying to be kind to constantly washed hands!)

The truth is that there are fun memories of both types of book event, and we’re lucky to have the technology that helps us stay in touch, even if we can’t go places yet.

But I can’t tell you how much I’m looking forward to putting that first real-life bookshop event in my diary again. I’d really like to think it might happen before the end of 2021.

The Women Who Ran Away is out in paperback on 4th March. 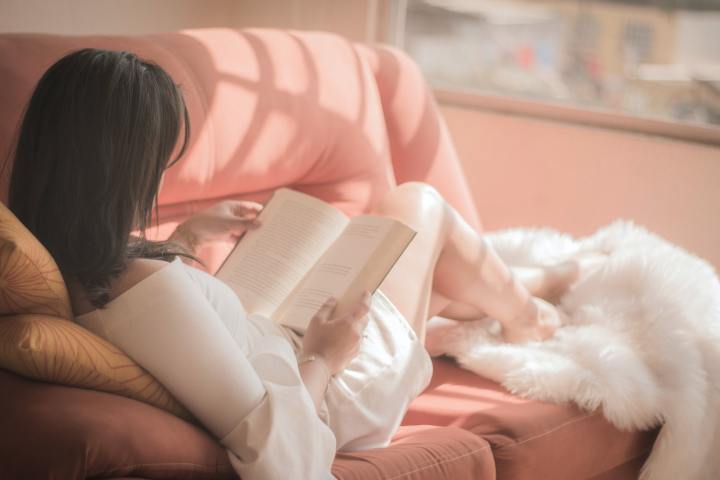